Just hours ago, I was on a flight to Perth, Australia. Safely buckled up in my seat, I was all ready to fly. 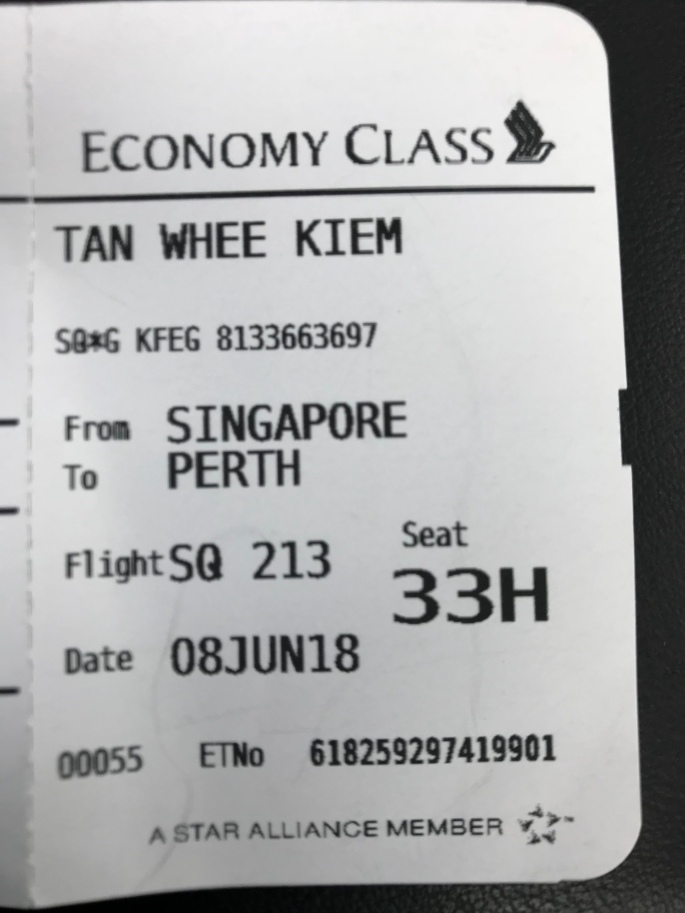 Then just moments after the plane took off, a piece of heavy-looking luggage flew out of a supposedly latched overhead compartment and hit me before falling to the floor. The noise caused a commotion in the cabin. 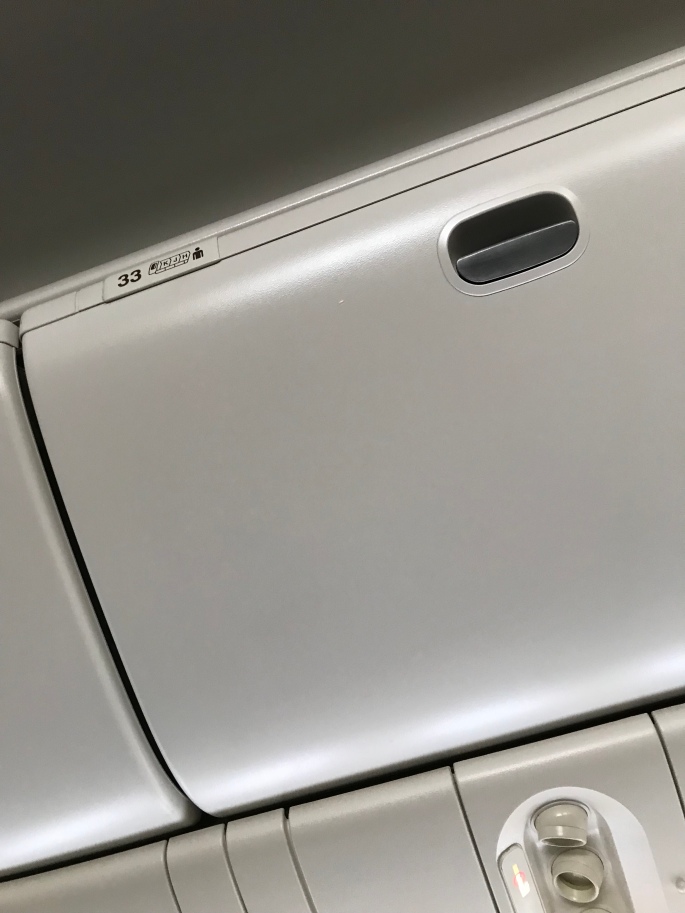 Ouch! It was a metal suitcase which belonged to a passenger who was sitting beside me, a man in his thirties from Sichuan, China. He looked apologetic and quickly asked in Mandarin, “That luggage weighs more than 10kg. Are you alright?” 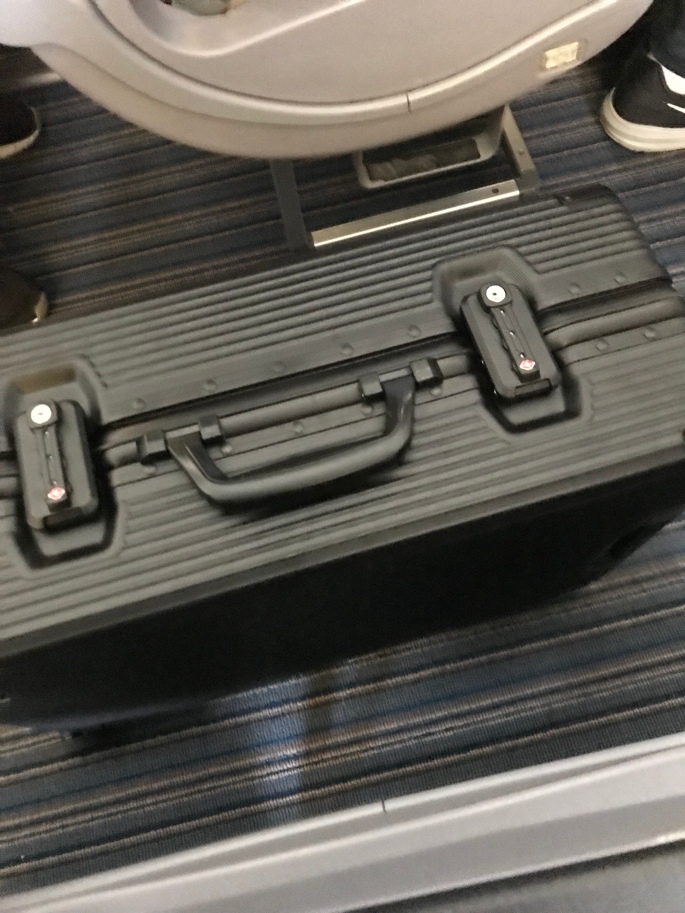 I felt concussions on my head. Immediately, I touched my head and fortunately there seemed to be no obvious bruise or cut on my head scalp. The man helped to look through my hair, and he said with a heave of relief, “Seems alright. But are you feeling okay?”

I forced a smile, “I am fine.” I was not a hundred percent sure, but I felt alright. I assured him, “Not your fault. The latch just opened on its own.”

Minutes later, after the seat-belt sign went off, three stewardesses came forward to show their concern.

I was embarrassed by the attention, and quickly assured them I was alright. But as I spoke, I tasted a taint of blood inside my mouth. I must have bitten my lips when the luggage hit me. I quickly washed and gargled with the mouthwash in the toilet.

When I returned, a stewardess gave me two ice bags that she improvised with a pair of latex gloves. 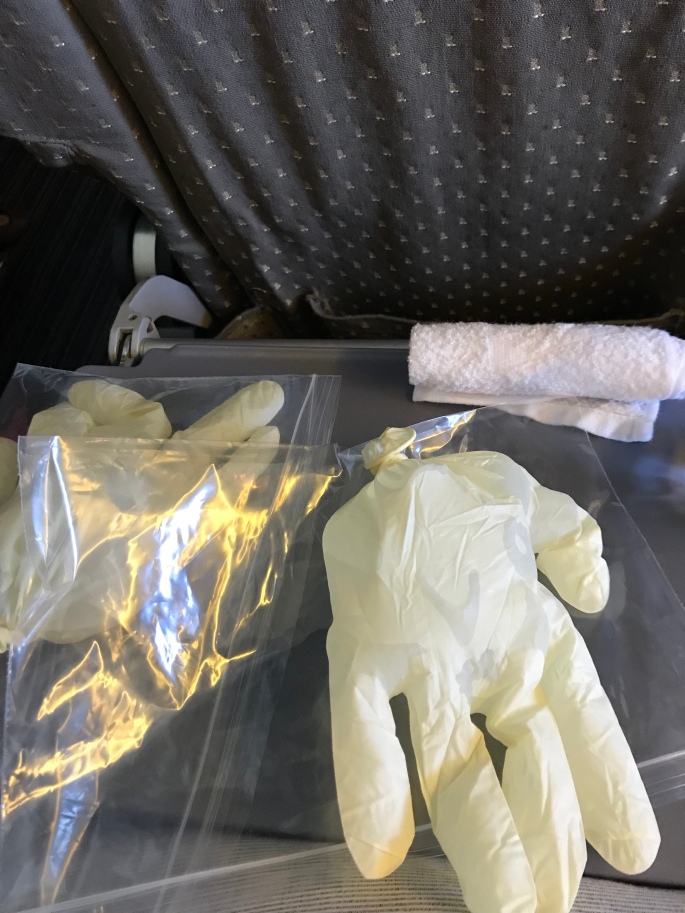 I was advised to nurse my head with the ice bags. Some concerned passengers nearby gave me the “Are you okay?” expression, which was comforting. I felt obliged to reply with a quiet smile.

During the four-hour flight, two stewardesses walked over to check my condition a couple of times. A senior supervisor apologised and said she would report the incident. I told her to put on record of a very small bump on the head which one of the stewardesses discovered, and a small cut in the lips. Other than that, I was fine. She seemed genuinely sympathetic, and told me she would give me her email contact. But somehow, by the time the plane landed, she did not come back to me.

One thing they remembered to do though: just before the plane was going to descend, a stewardess came especially to my seat to double check that the luggage compartment was securely latched. Seeing that, a passenger on the other side broke into laughter of cynicism.

It were the other passengers nearby who came over to talk to me out of concern. An Australian passenger who sat behind me helped to unload the metal suit case upon landing. Then, pointing at the luggage compartment, he said, ” That was really dangerous.” His expression seemed to suggest a displeasure in the lack of proper checks that every luggage compartment was properly locked before the plane took off. It was then I realised that the airline should see this incident from this perspective.

An elderly Indian passenger by the name of Jagmohan came to me after I alighted from the plane. He said, ” You are a strong man. I had a serious fright seeing that luggage hit you when the plane took off.” I remembered him well. He was one of those who look worried when I was nursing my head in the cabin. I like kind people like him, and replied him with a laugh, “I am not strong, but probably have a hard skull.”

My boss who was seated at the business class only got to know of my accident at this point. I told him with a laugh, “Probably God is telling me this is not a good day for me to work, boss.”

Realising that I was fine, he responded with wicked humour. “Perhaps it’s because you think that way, that is why God is knocking some sense into you to work harder!”

I am relieved that you are not god, boss! I have a different realisation: Wake up! Time to cherish what truly matters and to learn to let go of some things that matter but may not be necessary.

And I do hope this is also a serious lesson that will knock some sense into others too. You may want to double check the luggage compartment is properly latched on before takeoff especially if you have an aisle seat.

As for the cabin crew of Singapore Airline, my all-time favourite, perhaps more diligence is required to check the safety of luggage compartments before takeoff, don’t you agree? This accident could be a lot worse if the luggage landed on an elderly or a kid.

If there is just one good thing out of this accident, I chanced upon Mr Jagmohan and his lovely family just 10 minutes ago at a place 20 minute’ walk away from my hotel. Coincidentally, they were just telling their daughter about my accident. And they were kind enough to ask if I was fine. With their permission, I upload their picture on my blog. Look at them, they are indeed a warm and friendly family.

The world is a small lovely place, isn’t it?

This is a text widget. The Text Widget allows you to add text or HTML to your sidebar. You can use a text widget to display text, links, images, HTML, or a combination of these. Edit them in the Widget section of the Customizer.